With his black crows, black shotguns and Appalachia angers, to the fine-line scratching of handlebar-mustached men, rustic shacks and dead stags, Navette’s oeuvre is much more firmly fixed on a Southern Gothic history than the history of southern France.

Taking inspiration from the darker recesses of histories Victorian, Deep South and Prohibition era, the Lyon based French artist has created a freakishly macabre peep show of misfortune and almost love played out to the murder ballads of lonesome bluesmen. In this collection taken from the beautiful book of over a hundred of his illustrations, Jean-Luc guides us into a forgotten world with titles like Lonely Teardrops, Sodom Museum and Centipede Blues. Leaving us in gross delight with fascinating images and stories we simply can’t unread.

First published in 2012 and reissued in 2015 by Les Éditions Noire Méduse, a small, indie French publisher, Navette’s book is a paean to his deep, deranged and deeply deranged dark line drawings. With tributes to bluesman Robert Johnson and his deals with cloven-hooved devils, and legends that read “Southern Gothic history tales from the wrong side of town.”

“I love that blues aesthetic,” Navette says. “And that shit was dark. If you listened.” “Maybe you need to be not American to have such a sharp eye for Americana,” says Lyon artist Fab Blank. 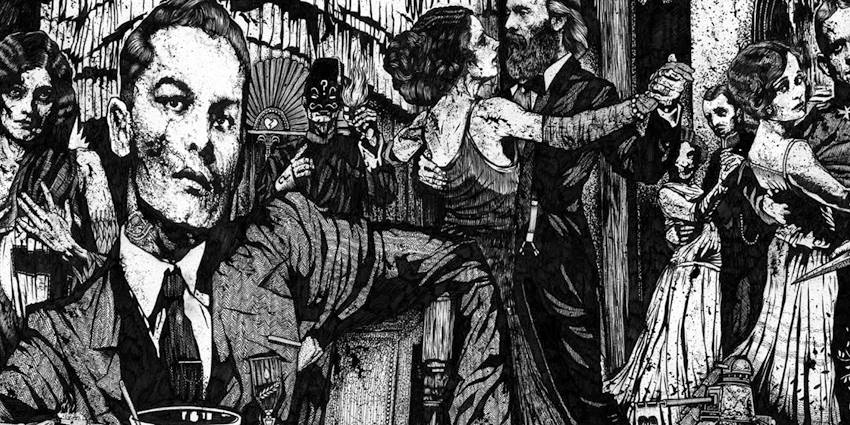