Penny Dreadful: City of Angels is set nearly 40 years after the original series, during the Golden Age of Hollywood in the 1930s. The vintage gothic tale takes place in 1938 Los Angeles, a time and place “deeply infused with Mexican-American folklore and social tension”. The characters are connected in conflict to the deity, Santa Muerte, while others are allied with the Devil. Detective Tiago Vega is tasked with a gruesome murder case and soon becomes embroiled in LA’s history; “from the building of the city’s first freeways and its deep traditions of Mexican-American folklore, to the dangerous espionage actions of the Third Reich and the rise of radio evangelism.” 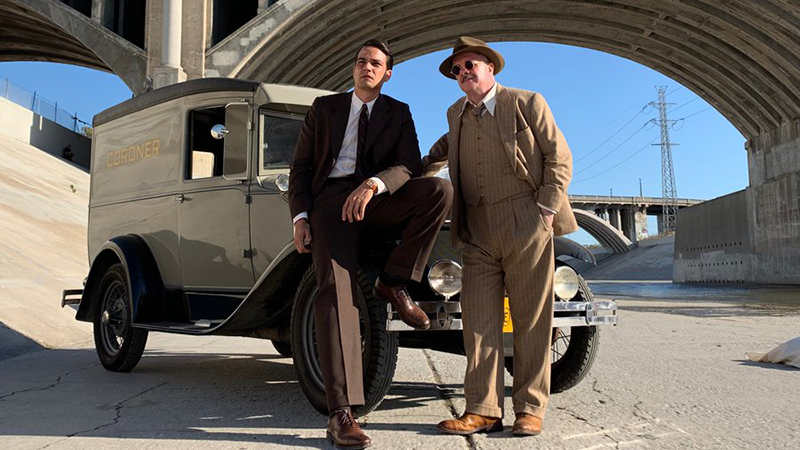 The next chapter in the Penny Dreadful story trades the supernatural underworld of Victorian England for the supernatural underworld of 1938 Los Angeles. As the show’s official description notes, it’s a time and place deeply infused with social and political tension. When a grisly murder shocks the city, Detective Tiago Vega (Daniel Zovatto) is embroiled in an epic vintage gothic story that reflects the rich history of Los Angeles, from the building of the city’s first freeways and its deep traditions of Mexican-American folklore to the dangerous espionage actions of the Third Reich and the rise of radio evangelism. Before long, Tiago and his family are grappling with powerful forces that threaten to tear them apart.

The story at the center of the series was inspired by our current political climate. “The most important thing to remember for me about this show is, while it’s set in 1938, it’s about 2020,” creator John Logan told reporters at the Television Critics Association winter press tour in January. “Looking over the world landscape now, I am struck by parallels, … particularly the rise of extremist political hatred, a sort of racist demagoguery that is taken for granted, by the pernicious influence … of foreign power in our electoral process, … and particularly by the marginalization and victimization of an ethnic community. And as the son of immigrants myself, this is a story I wanted to tell.”