The Kid is a 2019 Billy the Kid film directed by Vincent D’Onofrio, from a screenplay by Andrew Lanham, and is executive produced by Carl Stubner, through Suretone Pictures. The film stars Ethan Hawke, Dane DeHaan, Jake Schur, Leila George, Chris Pratt, Adam Baldwin, and D’Onofrio, and centers around a young boy named Rio who forms an unlikely alliance with local sheriff Pat Garrett and infamous outlaw Billy the Kid in a mission to rescue his sister Sara from Grant Cutler, the boy’s thuggish uncle and gang leader who has kidnapped Sara for ransom. 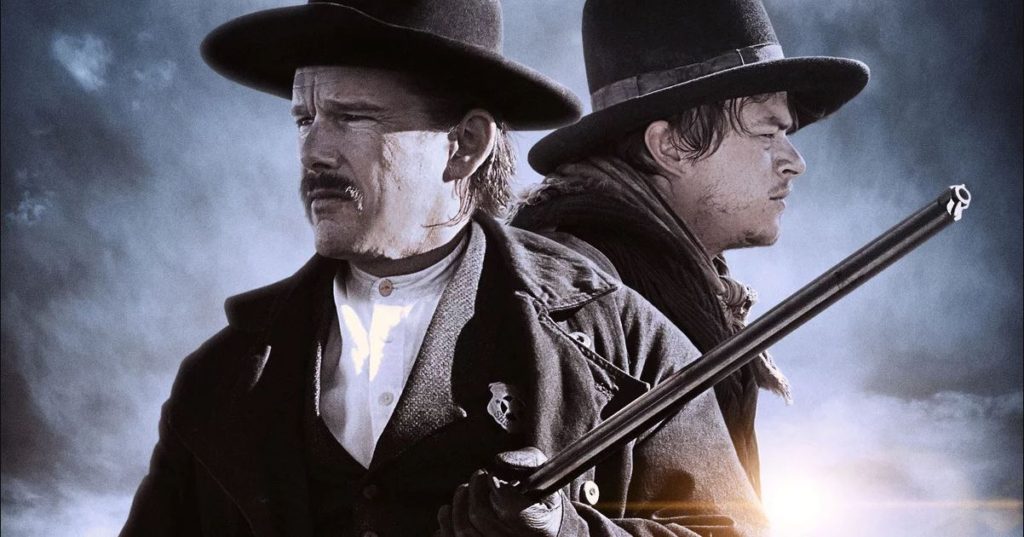 The title refers not to Billy the Kid — persuasively portrayed here as a cocksure fatalist with a self-aware streak by DeHaan — but rather 14-year-old Rio Cutler (newcomer Schur), who must go on the run with his older sister Sara (George, D’Onofrio’s real-life daughter) after he fatally shoots their drunken father in a vain attempt to keep the brute from beating their mother to death. Hot on their trail: Their equally ferocious Uncle Grant (Chris Pratt, impressively unhinged), who plans a monstrously cruel form of revenge for his murdered brother.

Rio finds himself increasingly entwined in the lives of these two legendary figures as the cat and mouse game of Billy the Kid’s final year of life plays out. Ultimately Rio must choose which type of man he is going to become, the outlaw or the man of valor, and will use the self-realization in a final act to save his sister.