West Point, 1830. In the early hours of a gray winter morning, a cadet is found dead. But after the body arrives at the morgue, tragedy becomes savagery when it’s discovered that the young man’s heart has been skillfully removed. Fearing irreparable damage to the fledgling military academy, its leaders turn to a local detective, Augustus Landor (Christian Bale), to solve the murder. Stymied by the cadets’ code of silence, Landor enlists the help of one of their own to pursue the case, an eccentric cadet with a disdain for the rigors of the military and a penchant for poetry — a young man named Edgar Allan Poe (Harry Melling). The excitement of an Edgar Allan Poe film is palpable. 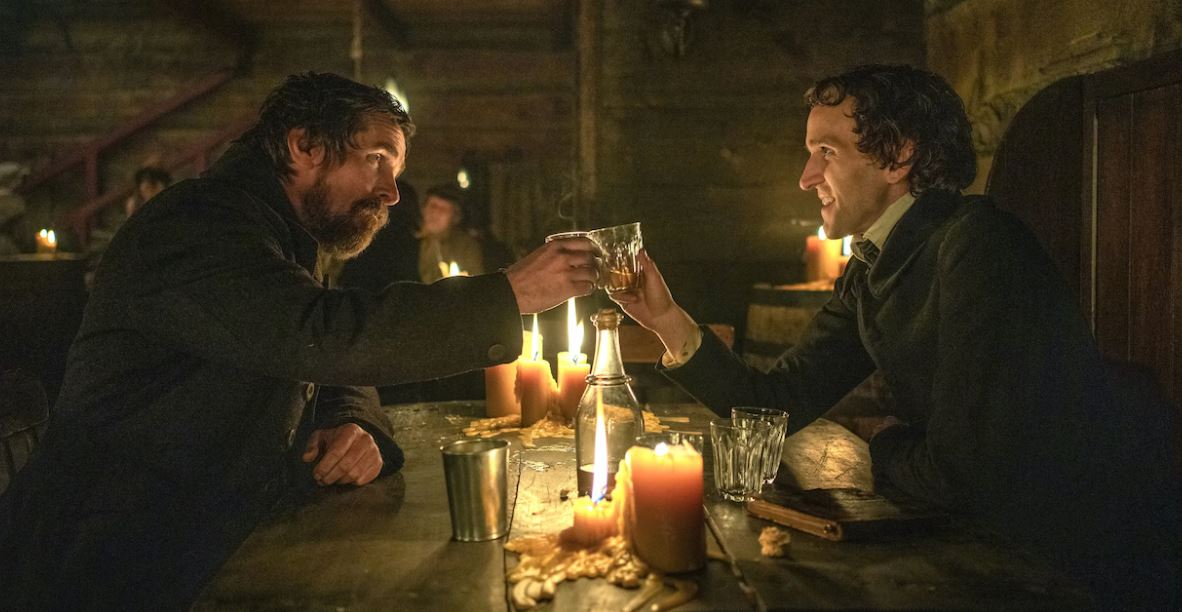 The Pale Blue Eye is a 2022 American mystery thriller film written and directed by Scott Cooper, tells the story of veteran detective Augustus Landor who, in 1830 West Point, New York, investigates a series of murders at the United States Military Academy with the aid of Edgar Allan Poe, a young military cadet.

Adapted from a novel by Louis Bayard, The Pale Blue Eye is one of those mysteries that features such a limited cast of characters/suspects that its main narrative seems a feint of sorts, and it is. It’s only after the supposedly central mystery is solved that The Pale Blue Eye fully commits to its actual business, serving up in full a tale of loss and wrong-headed resolution. Bale’s characterization, subtle and slightly enigmatic throughout, here blooms. The movie honors the real-life figure who would, among other things, become the arguable creator of the American detective story, while in its own right turning a shudder-inducing light on the darker recesses of the human heart.