Ever since Great-Grandfather Isom killed a man over some sheep, a black cloud has hung over the Raths. Now, a century later, aging hitman Ira Rath takes a job that will decide his family’s fate once and for all. Acclaimed creators Jason Aaron (Southern Bastards, Scalped) and Ron Garney (Daredevil, Wolverine: Weapon X) bring their creator-owned tale of a Southern family whose only legacy is violence to Image Comics with this remastered hardcover edition. Collects Men Of Wrath #1-5. 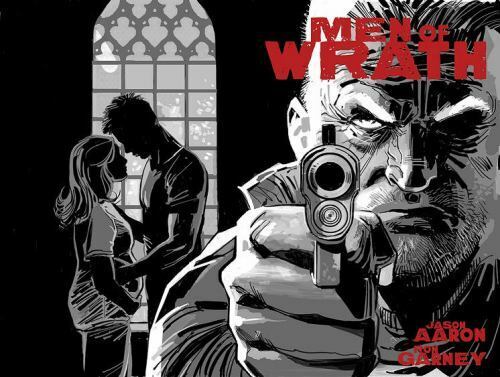 After discovering his girlfriend is pregnant, Ruben Rath turns to a life of crime in order to provide for his family. Before long, he’s in over his head and on the run from some truly terrifying people. But his father Ira Wrath is ready to pull the trigger on the last remaining member of his family, and bring the story of his bloodline to a violent end. An utterly bleak crime noir about a family where the fathers and sons have a tradition of killing many people, mostly each other.

Jason Aaron is a critically acclaimed writer of The Other Side, Scalped, and Southern Bastards, and Aaron is a regular writer at Marvel Comics known for his work on Ghost Rider, Wolverine, Thor and now Men of Wrath.