Harrow County is an Southern Gothic comic book series that ran from 2015 to 2018. It was created by writer Cullen Bunn and artist Tyler Crook, and published by Dark Horse Comics.

Harrow County began as a serialized prose story called Countless Haints, written by Cullen Bunn and released on his website. Countless Haints ran for ten chapters before it was retired. Later the story was repurposed as an ongoing comic with artist and co-creator Tyler Crook. The main character Madrigal was renamed Emmy, the time period was shifted from present day to the 1930s, and the location was changed from Ahmen’s Landing to Harrow County. 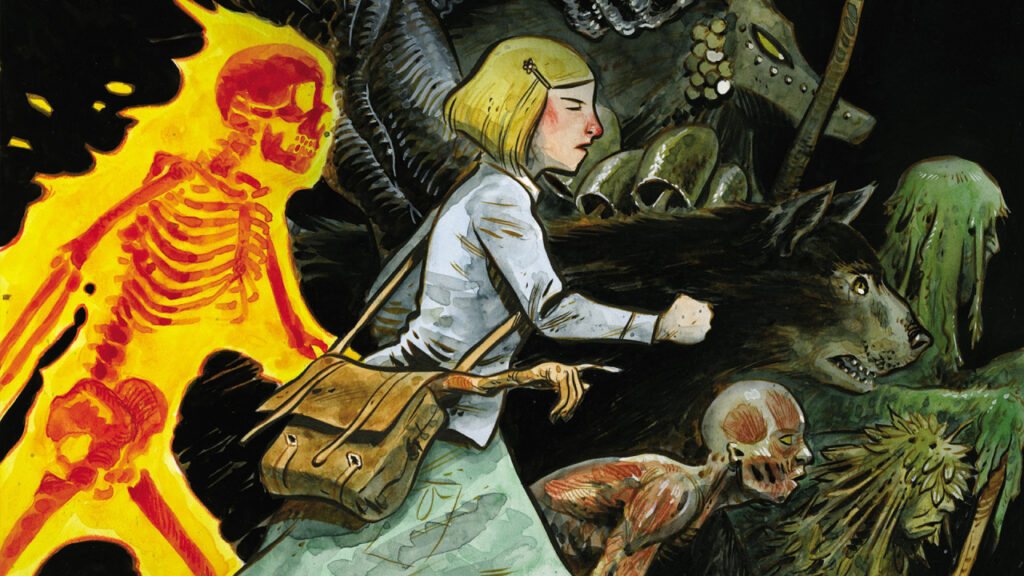 When Bunn began working on the series, he wrote the first two arcs so that they told a fairly complete story, though he hoped Harrow County would be popular enough to become an ongoing series. Crook chose to do the book in watercolors to get away from the computer and to make the project more fun for himself. As part of the promotional material for the comic, he created a special ordering form and made process videos showcasing his watercolors. He even wrote music for the first two arcs. 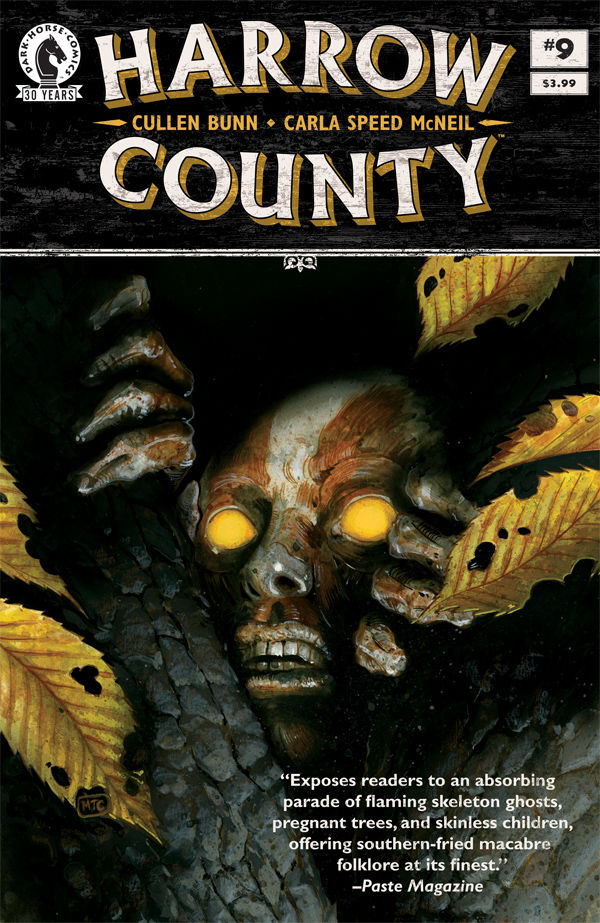 During Harrow County’s run, Cullen Bunn and Tyler Crook regularly shared their process in a column called The Harrow County Observer, Tyler Crook’s YouTube channel, and in the extensive sketchbook sections of the trade paperback collections.

Cullen Bunn is an American writer of comic books, short stories and novelist, known for his work on comic books such as Deadpool Kills the Marvel Universe for Marvel Comics, and The Damned and The Sixth Gun for Oni Press. His novel work includes the middle reader horror series Crooked Hills and his short story work includes the anthology collection Creeping Stones & Other Stories. In 2011 Bunn was nominated for a Ghastly Awards, and won Broken Frontier’s Best Writer Independent Award. In 2012 he was nominated for a Bram Stoker Award and an Eisner Award.