Ma Rainey’s Black Bottom is a 2020 American biographical drama film directed by George C. Wolfe and written by Ruben Santiago-Hudson, based on the 1982 play of the same name by August Wilson. The film stars Viola Davis, Chadwick Boseman, Glynn Turman, Colman Domingo, and Michael Potts. It focuses on Ma Rainey, an influential blues singer, and dramatizes a turbulent recording session in 1920s Chicago

Santiago-Hudson was deliberate in opening the film showing Ma in full force. “Ma Rainey comes in on page 48 of 102-page play. You know, when she comes in in my movie? Page one,” Santiago-Hudson says. “The first thing you hear is her moaning. And the next thing you know, we cut into her glory [performing on stage in a tent]. That’s where she was most powerful. Those hundred recordings that she had at Paramount Records between 1923 and 1927 wasn’t where she was most powerful. It was in the tent. 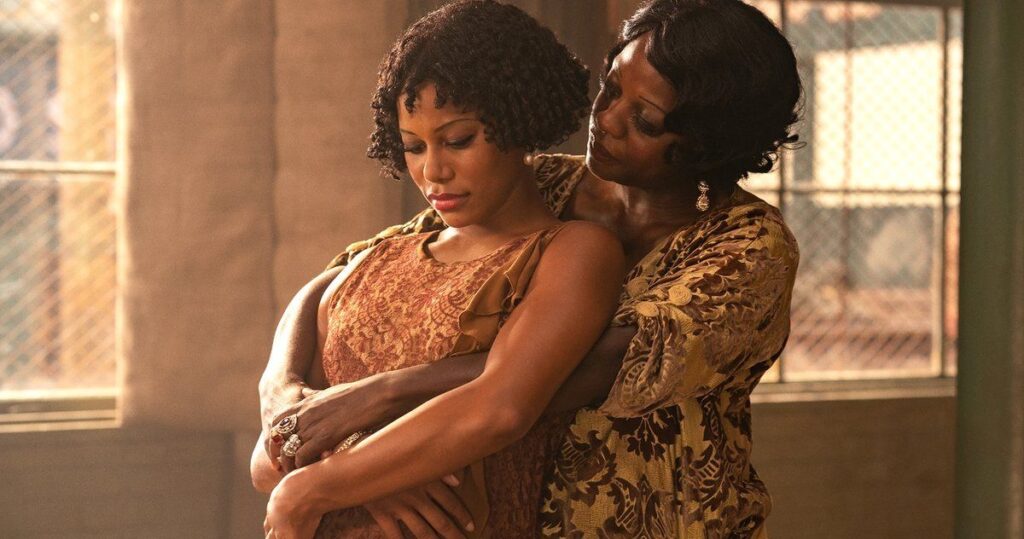 Produced by Denzel Washington, Todd Black, and Dany Wolf, the project was originally announced alongside Washington’s Fences in 2013 as part of his ten-picture deal with HBO. The adaptation eventually moved to Netflix, and filming began in Pittsburgh in 2019. Boseman died during post-production in August 2020, making Black Bottom his final film appearance; the film is dedicated to his memory.