Danny Kiranos, otherwise known by his musical alter ego Amigo The Devil, has released his highly anticipated Murderfolk album Born Against on (Liars Club/Regime Music Group). Known for his dark and macabre storytelling, Amigo the Devil expands his repertoire with romantic, philosophic and emotional narratives on Born Against, without sacrificing the genre-bending style that garnered him critical praise and a passionate cult following. Listen to the poignant and powerful track “Another Man’s Grave”, and watch a stripped down and captivating solo performance of the song HERE. 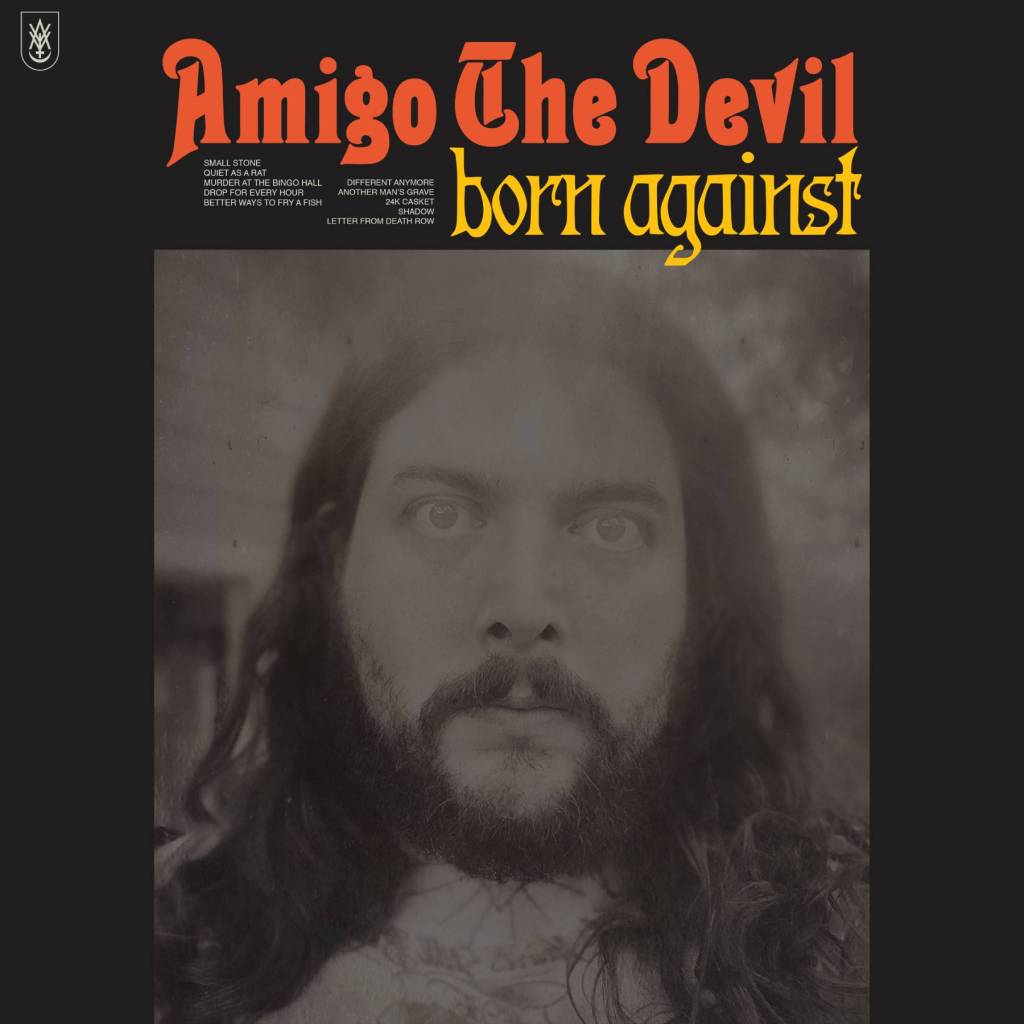 The Murderfolk album Born Against is the follow up to Amigo The Devil’s 2018 debut Everything Is Fine, which crossed musical boundaries by connecting with fans of rock, folk, Americana, country, metal and beyond. An unflinching raconteur and emotive vocalist, his songs resonated deeply with a devoted fanbase and press ranging from Consequence of Sound to Rolling Stone Country to Kerrang. His home city of Austin, TX even declared November 16th “Amigo The Devil Day”.

Like so many, the isolation and impact of Covid-19 deeply affected Kiranos, and his creativity suffered. Inspired by master storytellers such as Tom Waits and Leonard Cohen, and the modern works of Fiona Apple and Father John Misty, he began to write from a third person perspective which allowed him to immerse himself in his characters and record the new songs with the emotional intensity of a first-person viewpoint. Kiranos is always evolving as a writer and he began to widen his storylines beyond what Amigo The Devil became known for. His songs are vivid and cinematic vignettes of flawed protagonists on the edge, desperately clinging to some sense of stability while following their heart’s chosen path.

The songs on Born Against feature beautifully haunting melodies surrounded by avant-garde soundscapes built with crashes, clashes, stomps, clicks and clangs. His songs titles, such as “Different Anymore”, “Letter From Death Row” “24k Casket” and “Drop for Every Hour” set a tone for the listener to before becoming fully engaged as so many already have.