“Hell’s Half-Acre,” penned by British historian Susan Jonusas, presents new revelations about the Benders, an 1870s Kansas family that achieved notoriety in the annals of U.S. crime history for murdering what is estimated to be up to a dozen travellers. 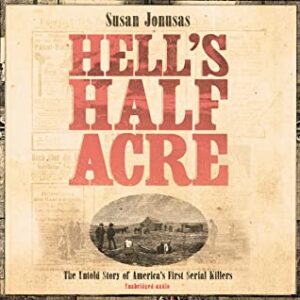 A number of bodies were discovered in 1873, buried by a trailside cabin beneath an orchard of young apple trees. Below the cabin was a cellar stained with blood. The owners of the property were the Benders, a family of four who once resided there but were nowhere to be found. The discovery sent the local community and national newspapers into a frenzy that continued for decades, sparking an extensive manhunt for the Benders.

Jonusas is a historian specializing in crime and culture in the 19th and 20th century. She studied modern history and English literature at the University of St Andrews in Scotland before going on to complete a masters in the history of science, technology and medicine at Kings College London. Jonusas has written for both CNN and History Today.

“‘Hell’s Half-Acre’ is in fantastic hands at New Regency, and I am very excited to be a part of the development process as it unfolds,” said Jonusas.

The book, which was released in March 2022, draws on extensive original archival material. The title was published by Scribner in the U.K. and Viking in the U.S.