DiCaprio plays Ernest Burkhart, and Gladstone plays Mollie Burkhart, an Osage woman who falls in love with Ernest. The scene takes place in Grayhorse, Oklahoma in 1919 and is early in their relationship after Mollie invites him in for a meal and they form a bond, according to the release. 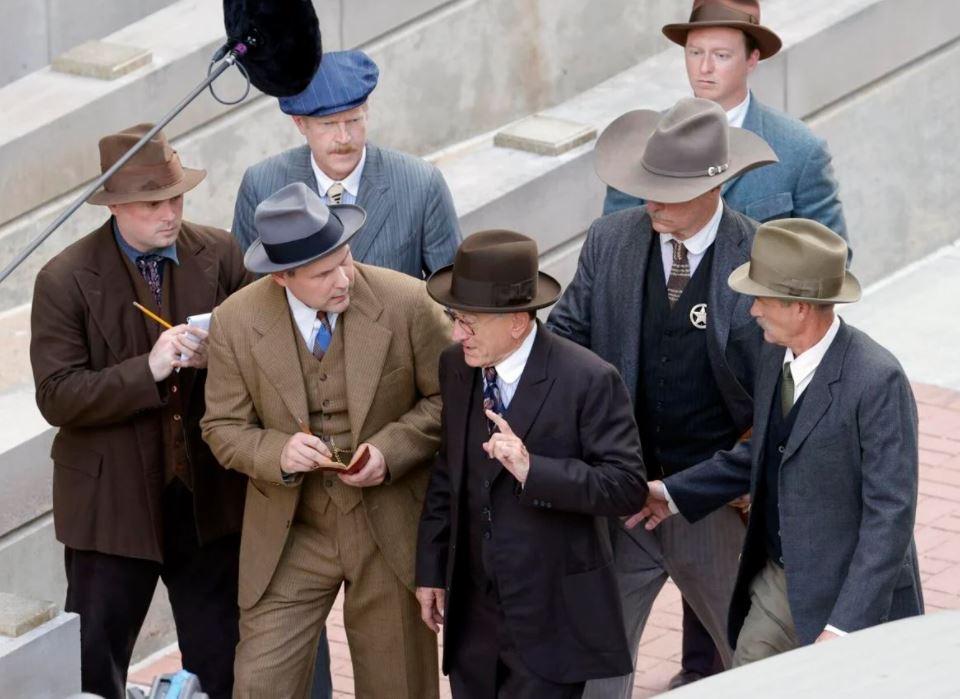 “Killers of the Flower Moon” is based on David Grann’s highly praised bestseller of the same name. Set in 1920s Oklahoma, the film depicts the serial murder of members of the oil-wealthy Osage Nation, a string of brutal crimes that came to be known as the Reign of Terror.

In the photo, Gladstone is dressed in traditional Osage clothing. She is wrapped in a Pendleton blanket, she is wearing a black choker, two silver brooches, and her long black hair is loosely tied back. This is how she appears in the photos of her youth.

In the scene, she is looking adoringly at DiCaprio while he is looking off, perhaps a telling photo of their doomed relationship.

A bowl of grape dumplings sits on the table in red Spode China. Grape dumplings are still made to this day and Osages still use red and blue Spode dishes for their ceremonial dinners and special occasions. It’s considered the finest dishes to use by many Osage women, young and old. Judging from the meal, the dishes and the blanket Gladstone is wearing, this was most likely an important dinner.