HBO has released the first teaser trailer for the long-long-long awaited Deadwood movie, which has been rumored for years.  Even though HBO announced last year that the film was officially happening and underway, it’s been hard to believe it to be true — until we now have seen an actual Deadwood movie trailer.

Fifteen years after the series first premiered, HBO offered up some tangible proof by releasing the first teaser for the series. Considered to be one of the greatest TV shows ever made, Deadwood is set in the growing town of Deadwood, South Dakota during the 1870s, with real-life characters such as Al Swearengen, Seth Bullock, and Calamity Jane serving as some of the series’ main characters. 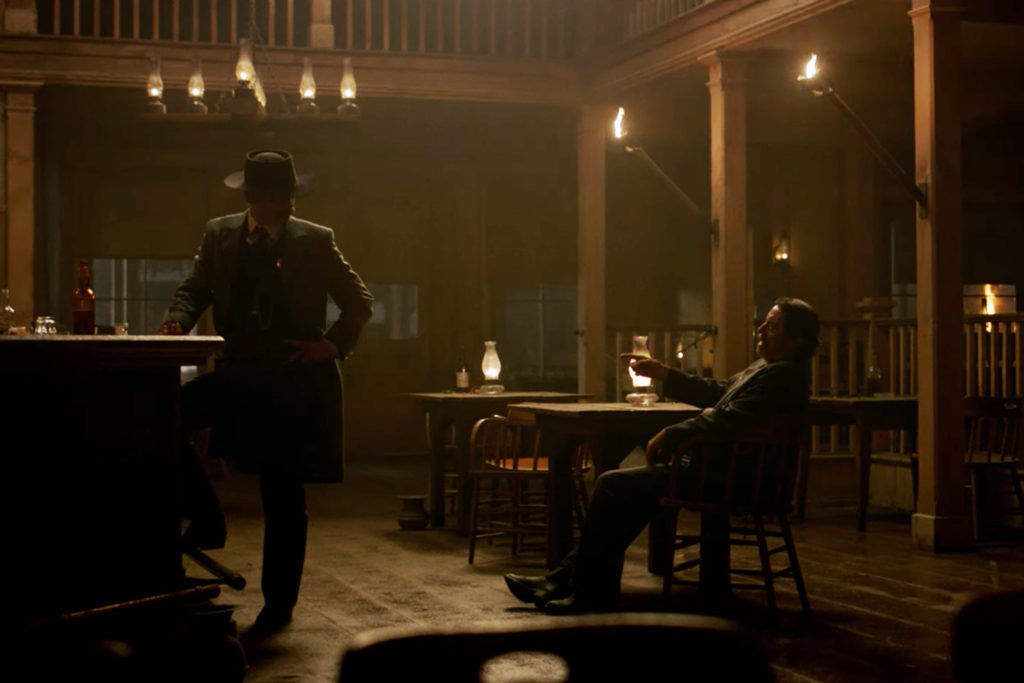 The two-hour return of the fan-favorite Western drama also has now a premiere date: Friday, May 31, 2019. The film will reportedly be set years later in the chronology of the show from when we last saw Al Swearengen (Ian McShane) and will see South Dakota officially joining the United States, along with the ramifications of that for the townsfolk.

“This town is a sanctuary,” Swearengen intones in the trailer amid scenes of returning characters and acts of violence. “Every man worth a name knows the value of being unreachable.”

The original series ran for three seasons for a total of 36 episodes, and the movie is expected to pick up, as per the time that’s passed, roughly a decade after the events of the series, in 1889. The trailer hints at the toll that the passage of time has taken on the town’s residents, though Swearengen and Seth Bullock (Timothy Olyphant) don’t seem to have changed too much in attitude.

The characters are “reunited after a decade to celebrate South Dakota’s statehood,” according to HBO. “Former rivalries are reignited, alliances are tested and old wounds reopened as all are left to navigate the inevitable changes that modernity and time have wrought.”